THE FIRST BOOK I CAN RECALL THAT SHOOK MY NOTIONS OF… EVERYTHING:

The Tombs of Atuan, the second part in the ‘Earthsea’ fantasy trilogy by Ursula K. Le Guin.  I was about nine or ten years old and already addicted to

fantasy literature of all kinds, but readers of Le Guin might be aware that her literature is somewhat idiosyncratic.  The world of ‘Earthsea’ is one of the most realistic in fantasy literature, and somewhere in trying to comprehend that often disturbing realism I became extremely curious about real life societies and the history of civilization. The really troubling thing about ‘Tombs’ is the way she subverts heroic fantasy.  In the first book we see the hero, Ged, sail the sea, learn wizardry, and do all those things expected of heroes, but in the second book we initially hear nothing of him.  Instead, we follow the story of Tenar, priestess of an ominous religion who is trapped alone in a pitch black labyrinth for what she expects to be the remainder of her life.  When the hero Ged does make an appearance he is broken and frustrated by the labyrinth, and, quite against the logic of fairy tales, he requires his heroine’s aid to escape.  Going into all the ways ‘Tombs’ and other Le Guin books play against type would require a good deal of space, but rest assured her tipping over of heroic conventions is quite mind-blowing, in its own elegant and spare manner.

Another book that upset my preexisting notions was The Man Who Was Thursday by G.K. Chesterton.  A relatively simple and fable-like novel  (though one filled with Chesterton’s trademark snark,) The Man Who Was Thursday paints the world in such a light that it seems an endless and terrifying battlefield between good and evil.  Then, after a series of double-crosses and climactic showdowns, Chesterton does a quick turnaround and confronts us with the absurdity of such notions.  Chesterton wrote the work after a bout of depression to prove (perhaps to himself,) that the world was good at its heart, and to strengthen that argument he is not afraid to show the terror inherent in facing it.

THE BOOKS THAT WOULD ACCOMPANY ME TO A DESERTED ISLAND, WHERE I WOULD SPEND THE REST OF MY LIFE CUT OFF FROM PEOPLE AND ALL THE OTHER THINGS NORMALLY NOT FOUND ON DESERTED ISLANDS:

The Lord of the Rings by J.R.R. Tolkien 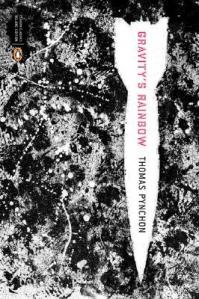 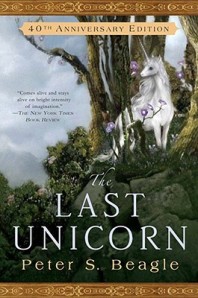 The Story of Civilization by Will and Ariel Durant

And probably some comics.

Most of Phillip K. Dick’s corpus of works, preferably without having to live the life he did to do so.