Category Archives: The Stuff of Stuff

“Wisconsin appears to be in the driver’s seat en route to a win, as it leads  51-10 after the third quarter.

Wisconsin added to its lead when Russell Wilson found Jacob Pedersen for an eight-yard touchdown to make the score 44-3. The Badgers started the drive at UNLV’s 28-yard line thanks to a Jared Abbrederis punt return.

A one-yard touchdown run by Montee Ball capped off a two-play, 42-yard drive and extended Wisconsin’s lead to 51-3. The drive took 42 seconds. The key play on the drive was a 41-yard pass from Wilson to Bradie Ewing. A punt return gave the Badgers good starting field position at UNLV’s 42-yard line.

A 69-yard drive that ended when Caleb Herring found Phillip Payne from six yards out helped UNLV narrow the deficit to 51-10. The Rebels threw just three passes on the drive.

UNLV will start the fourth quarter with the ball at the 41-yard line.”

What you just read was written by a computer, or, as referred to by its creators, “our technology”.  There was some inputting of data and then some black magic and voila. A short article, written by something other than a person.

How exciting is this!

There is a truly worthwhile article in The Canberra Times that you should read in its entirety for, if nothing else, its sincerity. I cannot resist quoting here, however, part of a radio address given by the economist John Maynard Keynes. It’s just one of those collections of words that you (I) wish you (I) could have articulated your(my)self.

The reader, he said, “with all his senses… should know their touch and their smell. He should learn how to take them in his hands, rustle their pages and reach in a few seconds a first intuitive impression of what they contain. He should, in the course of time, have touched many thousands, at least 10 times as many as he really reads. He should cast an eye over books as a shepherd over sheep … He should live with more books than he reads, with a penumbra of unread pages, of which he knows the general character and content, fluttering round him. This is the purpose of libraries …

“It is also the purpose of good bookshops, both new and secondhand, of which there are still some, and would that there were more. A bookshop is not like a railway booking-office which one approaches knowing what one wants. One should enter it vaguely, almost in a dream, and allow what is there freely to attract and influence the eye.

“To walk the rounds of the bookshops, dipping in as curiosity dictates, should be an afternoon’s entertainment. Feel no shyness or compunction in taking it. Bookshops exist to provide it; and the booksellers welcome it, knowing how it will end.” 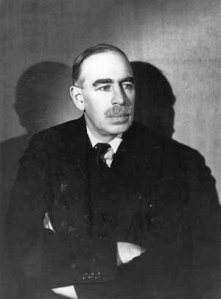 I’ll drink to that.

Cool Thing of the Day 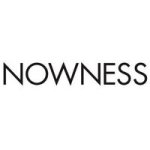 This is a site which uses the word luxury a million times more than I can take seriously and is called Now…ness…, but it happens to be home to some really “exclusive” and pretty good work from fashion, film, design, art and other luxury-laden arenas.

Here’s just a sample for all you hipsters out there.

We don’t normally  get too caught up in the whirlwinds of the media, regardless

of how pressing or scintillating the subject may be. Today, though, the subject is one we at Portrait discuss often and have very strong feelings about.  Not all of us are feminists, not all of us believe in the innate goodness of human beings and not all of us are  in agreement about what makes good writing. But we do all believe in playing this game. Why? Because we do agree that it is not always possible to know the gender of the author of good writing. The statements made by V.S. Naipaul will receive no comment here. That would be silly, at best.

But I do challenge you to take the quiz linked to above. No matter what you believe. You’ll find you might teach yourself a thing or two.

That’s only a taste. Stay there and explore a little.

“…we all know what’s happened to the short story as a form in magazines… [writers] are left with things like Five Chapters–which, in a way, is good for me–but I’m not always sure it’s good for the overall reading culture.”

David Daley, the founder and editor of FiveChapters.com, has taken a page out of a very old book and we think you’ll love it. From One Thousand and One Nights to Sherlock Holmes to Stephen King’s The Green Mile and, of course, Dickens’s work, serialization of works of fiction has always been the very pragmatic and normal way of doing things. Only recently has it become a novel thing and no one does a better job than FiveChapters.

It’s simple: a story per week, each one told in five parts. Though David operates the whole thing on his own, the stories manage to be good every week, believe it or not.

And there is something so sweet and delicious about dragging out over five days a piece of fiction that would under normal circumstances take no more than an hour or two to finish.

Here, give it a try!

“there ain’t no joy”

The Stuff of Stuff: in hopes of perpetuating those things which engender thought, wonder, and awareness.

Here is a post a Skylight Books staff member, Emily Pullen, wrote on February 16 on the Skylight blog. It’s about why she isn’t celebrating the decline of a large chain bookstore. And it’s worth a read.

Borders, after all, purportedly threatens or at least, due sheerly to its size and vast resources, has a great advantage in competition with tiny independent bookstores such as ourselves. Yet, as Emily says, “there ain’t no joy in a bookstore closing.” Any bookstore.

There is no joy in a death. Of any kind. Of anyone or anything. No matter what.

The Rise and Fall of Metaphor

The Stuff of Stuff: in hopes of perpetuating those things which engender thought, wonder, and awareness. 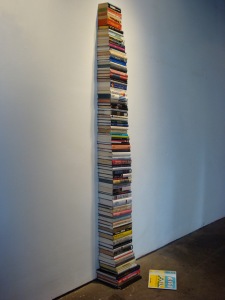 The World does pass through the bookstore, and last week Africa made an appearance.  A young man came browsing, so fresh and sunny that I was compelled to ask him his story.  Turns out that at 22 (fresh indeed!), Seth Maxwell is President of The Thirst Project (a title that he still finds faintly startling).  A billion people worldwide try to survive without clean water: in its 2-1/2 short years of life The Thirst Project has raised over $300,000 to complete 5 well-water projects in Ethiopia, 3 in Uganda, 1 in Niger, and Seth was just back from their latest effort in Swaziland.  That’s 34,000 rural lives dramatically improved.

Let’s see…uh…22, 21, 20…he was 19 1/2 when he and 8 buddies started this? You can hardly help thinking…what was I doing at that age?   I was in college too, but my spare time was spent at Love-ins and Janis Joplin concerts.  It’s true I joined the crowds at the Berkeley Free Speech protests and the civil rights sit-in at the San Francisco Sheraton Palace Hotel, but the current of the 60’s that caught me swirled towards Rishikesh, India rather than Selma, Alabama.  Who knows where Seth thought he might be pointed those few years ago, but standing on a street corner handing out bottles of water to raise money for what he thought was a one-off good work, he got grabbed up in a wave that swirled him to Swaziland instead.  See what that looks like here (click to download pdf).

A few days later, another shiny spirit stopped at our counter. Irresistible smile, glorious halo of curls, eyes that sent out sparks of light. Again, I simply had to know. My question turned her from snooping the New Nonfiction section and she replied, “Well, I came in to see if maybe you were carrying my book, A Princess Found “.  As it turned out, we didn’t have it (our jewel box size is enchanting, but it is the size of a jewel box).  And so I had the pleasure of Sarah Culberson’s charm as she explained the surprise of where she started and where she has found herself.  Adopted, raised by a loving family in West Virginia – when she finally came to be curious about her birth roots she found herself stepping through the looking glass into the very other world of war-savaged Sierra Leone.  She carries royal blood, and is returning an unexpected harvest from the wild oats of her father’s youth, sown so far afield. Her Kposowa Foundation is building a school and digging wells for fresh, clean water for the chiefdom of Bumpe. 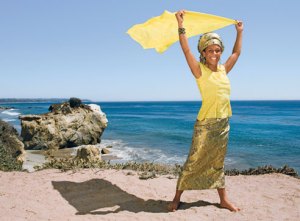 The only extremely faint silver lining to the terrorism situation is that now  some might actually have a slightly better grasp of where Niger, Swaziland or Sierra Leone are than perhaps Selma, Alabama or Morgantown, West Virginia.  The currents swirl and you never know where you’ll end up…including here, talking to us in the bookstore, who are so interested to find out what’s your story.

P.S.  Water, water! These stories have got me haunted by Joni Mitchell’s sidereal version of “Cool Water”.

[Ed: It has been brought to my attention that the title of this post may be misleading. I ask you how it is that people came to be so thirsty.

Filed under Bits and Bobs, The Other Day at Portrait..., The Stuff of Stuff

The Stuff of Stuff: in hopes of perpetuating only those things which engender thought, wonder, and awareness.

It’s a bit like a free-associative poem and a bit like a Nike commercial. If you recite the words while watching, however, it becomes a whole other third thing. Try it and see for yourself.

The Other Day at Portrait…
Create a free website or blog at WordPress.com.