This is a (visual) poem entitled “fallen”, created by Jorg Piringer.

It is comprised of the fallen English letters of a translation of The Communist Manifesto. Out of context, stripped of meaning, jammed together, in effect failed and discarded. You see where this is going.

This medium is as old as painting and writing themselves. Those of us at one time or another disposed to flights in the direction of fanciful thought and stuck in the mud of very loosely grasped esotericism have offered, perhaps, that a particularly poetic painting or other work of art can legitimately be referred to as a visual poem. Indeed, it cannot. If something is poetic all it is, in the end, is poetic. Being poetic does not a poem make. So, all this gibberish to say that visual poems are not regular-Joe poems, they are not paintings; they are a sometimes-silly-other-times-stupid-often-poignant category unto themselves wherein people who can’t string together coherent sentences or draw actual figures combine their two non-talents to make something silly/stupid/poignant of them. I’m going to stop kidding around now and invite you to 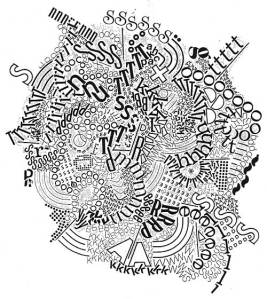 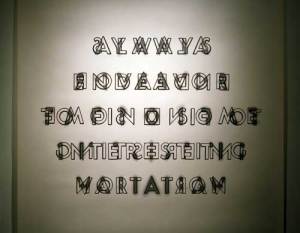 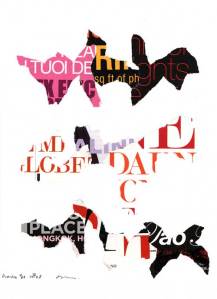