As a treat to mystery readers, and to honor the unlikely (fictional) geniuses who labor endlessly to solve equally unlikely and contrived crimes, here is the second installment  of a list of the (sort-of-) eleven most interesting and colorful sleuths of detective fiction.

Please see PART I for the purpose of making this make sense.

Besides his beloved-by-millions The Hitchhiker’s Guide to the Galaxy series, Douglas Adams was known for creating Dirk Gently, a chubby, slightly nebbish detective who pursues a ‘holistic’ method of solving the crime.  Owing to the ‘interconnectedness of all things’, Gently’s methods can often involve long leisure trips at the client’s expense, flights of fancy, and blind guessing in pursuit of the truth.  Gently rarely misses his mark though, as his penchant for random guesswork seems to inevitably solve the crime, owing to his amazing luck and perhaps the intervention of the author.  Don’t let his laziness and lack of procedure fool you; Gently is clearly not a detective to be messed with, as he routinely overcomes omnipotent beings, Norse Gods, and monastic robots… and saves the world on more than one occasion. 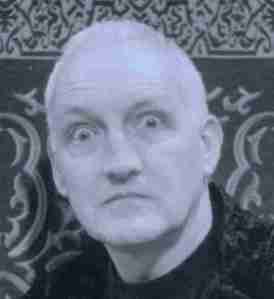 Truly bizarre is the only way to describe Hugo Rune.  He is described as being a very large, bald-headed man with a large pentagram tattooed on his forehead and dripping with silver occult jewelry.  He claims to be immortal, to have reinvented the ocarina, and, despite great wealth, he refuses to spend money and steals everything in his path that has yet to be nailed down.  And yet, despite some troubling habits, he is a kind and compassionate man who solves mysteries out of a desire to right injustice, frequently involving himself in mysteries that, on a slow day, can involve aliens, wizards, time-travelers, and any other manner of Fortean oddities.  Robert Rankin, the series author, claims his intention is to write novels that are as hard to categorize as possible, and yes, he succeeds.

Two different detectives from two unrelated series, I have lumped them together because they share similar settings and characteristics.  Both take place in worlds that, like the world of Lord Darcy, are awash in magic and include all manner of mystical creatures.  Unlike Garrett though, these two authors (usually) strive for verisimilitude and as much as these writers are informed by the conventions of fantasy literature, they both aim for a realistic, hard-boiled feel.  Harry Dresden and Anita Blake have both undergone major changes as their series have progressed, transitioning from tough, honest urban detectives to dark, conflicted heroes who save the world on regular occasions, possess multiple superpowers, and kill anyone who gets in their way.  In the case of Harry Dresden this has led to a certain type of appeal in wondering ‘what if Mike Hammer were a wizard, and even more violent’.  Anita Blake has an interesting character arc that takes her books out of the horror-fantasy genre and puts them squarely in the romance genre.

The French equivalent of Sherlock Holmes, from roughly the same period and something of a Gallic icon.  Arsene Lupin is a gentleman thief with tons of style and a flair for the dramatic.  Having a good heart but a disdain for the law, Lupin rarely actually takes on the establishment but rather chooses as his enemies thieves and criminals like himself, but inevitably more villainous and goonish.  To my knowledge Lupin has never fought Fantomas, but the crossover potential is limitless.

Lionel Essrog from Jonathan Lethem’s Motherless Brooklyn has Tourettes Syndrome, which causes all of his contemporaries in his dismal mob-infested corner of Brooklyn to rule him out as either being stupid, crazy, or both.  Ah, you say, the perfect cover for any amateur detective!  And it is, although it does seem to be a constant source of pathos throughout his narrative.  Lionel is a sad, intelligent character with a great deal of warmth and humanity, and unlike most of the characters on this list, he is neither idealized nor made quirky for quirky’s sake.  Lethem probably isn’t going to return to stories about Lionel any time soon, but if he would the character would be warmly welcomed. 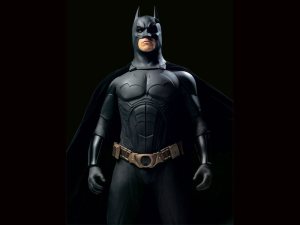 Kind of a cheat, since the character is primarily from the comics and most novelizations aren’t much good, but hey, he is the world’s greatest detective. Isn’t he?

To commemorate the runaway popularity of 'The Girl Who...' series, otherwise known as the Millennium Trilogy, and also the glut of Agatha Raisin mysteries we have in our store, I have decided to put together a list dedicated to mystery fiction. Though the varieties are endless, mystery fiction in general follows a rather strict formula that dictates the narrative.

Usually, the first pages involve an impossible, or at least unsolvable crime, and the protagonist (who is either a police detective, private investigator, or Jessica Fletcher-like busybody inexplicably given access to crime scenes the world over,) is called in to solve the crime.

They do, inevitably, but not before being stymied by at least one dead lead and weathering B-plot personal difficulties that eventually give them the strength to overcome the heavy and solve the crime.

The crime itself, having been solved, is usually revealed to be nothing more than smoke and mirrors regardless of how impossible it at first seemed, and the hidebound rule of ‘fair play’ requires that clues to solve the mystery have all been discovered and explained sufficiently for a smart reader to solve the case.

Usually, all this will happen over twelve chapters, sometimes more if the author has a talent for fluff.  Naturally, the strict format most mysteries follow is not to the genre’s detriment; legions of passionate mystery fans will agree that the formula most of these books follow is extremely satisfying, and by adhering to a sense of ‘what works’ in terms of plotting, the author is free to focus more on aspects of the story, like style of writing, setting, and character.  And character, perhaps, more than the plot, setting, or the mystery itself, is what makes a reader want to come back for more.

The protagonist of any given mystery story, besides being required to live in an atmosphere of death and deceit at all times, must have something unique and, daresay, quirky about them.  Rabbis, Confucian judges, Welsh monks, bed and breakfast owners, and all other kinds of individuals have been featured as the sleuth of some mystery series or another, and it seems inevitable that mystery fiction sleuths will grow ever more colorful and bizarre against all expectation of realism.  As a treat to mystery readers, and to honor those unlikely (fictional) geniuses who labor endlessly to solve equally unlikely and contrived crimes, I offer a list of the ten (well, eleven) most interesting and colorful sleuths of detective fiction.

Here is the first installment.

The Agatha Raisin mysteries belong to the sub-genre of mystery fiction known as ‘Cozies’.  To wit, they occur in a bucolic, countrified setting and play down the murder and gore aspects, remove elements of danger and harm to the detective, and generally aim for good, clean fun without falling into the grittier aspects of the genre.  Think the classic ‘Miss Marple‘ mysteries, or perhaps ‘Rosemary &Thyme‘.  The Agatha Raisin mysteries fit nicely in to this sub-genre, but in some ways are a deconstruction of them.  The titular detective, Agatha Raisin, is an older woman in the vein of classic cozy detectives, but is herself not a cozy type of person.  Moody, abrasive, man-crazy, and restless in her little town, Agatha Raisin is a far more fleshed out and believable character than other notables of the genre, and usually more entertaining.

A popular character from Victorian literature, Father Brown was written as a deliberate alternative to Sherlock Holmes.  Holmes, like Poirot, is a haughty eccentric who champions reason and observation as the key to solving a mystery. Father Brown, on the other hand, is a diminutive, modest priest who comports himself as a bumpkin and utilizes his talents of understanding and intuition in his cases.  Chesterton based the character on a priest friend of his , whose years of hearing confession had instilled in him a deep understanding of human nature, and most Father Brown stories have a philosophical aspect to them, with the crime being an ontological puzzle as well as a logistical one.  Although some of Chesterton’s ideas have not aged well, the Father Brown mysteries are still highly thoughtful, enjoyable, ornate, and surprising, and the good father himself is as likable a character as one could hope for.

Imagine a world where Richard the Lionheart remained King of England, and for some reason, as a result, magic existed in the place of technology.  Now imagine a detective living in that world capable of utilizing magic for the sake of forensic examination, who goes on tosolve mysteries that, despite the mystical nature of the setting, are all by and large mundane whodunits with realistic solutions.  Take that, and add a bit of James Bond-type espionage, and you have the Lord Darcy novels.  Lord Darcy himself is a suave, gallant aristocrat who is not terribly interesting, but he represents a blending of the classic genre detective with elements of the pulp action hero, and to boot, he’s a sorcerer.  As I’ve said before, fantasy fiction is not for everyone, but if you are a mystery fan who can open your mind to a bit of Tolkiensque world-building, with dazzling, relentless humor and inventiveness, then I would suggest giving these novels a try.

Maybe you don’t want your detective fiction with a side of fantasy.  Maybe you want the real stuff: hard-boiled, gritty, hyper-realistic, cynical, and violent detective fiction.  Then welcome to Mike Hammer’s world.  Mike Hammer takes the qualities of such characters as Sam Spade and Philip Marlowe, but dials them up to the extreme and adds in a characteristic streak of misogyny, sociopathic violence, and a total contempt for the machinery of justice.  Mike Hammer does not solve crimes through detection, intuition, or any other mental capabilities, he solves them through copious use of his fists, feet, and any blunt object at hand.  If you like Mike Hammer, or support his tactics of investigation then you are probably missing the point, but Spillane’s character has influenced a whole school of detective fiction and does not seem to be waning in popularity.  The key, perhaps, lies in how deeply enjoyable such an unpleasant character can be once you find humor in his awfulness.

All-American girl.  Wonderteen.  Idol to millions, proto-feminist icon, and a formidable fighter when she has that Maglight at hand.  Just remember, the secret in the old clock was not political correctness.