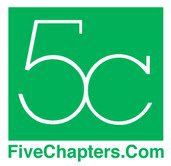 “…we all know what’s happened to the short story as a form in magazines… [writers] are left with things like Five Chapters–which, in a way, is good for me–but I’m not always sure it’s good for the overall reading culture.”

David Daley, the founder and editor of FiveChapters.com, has taken a page out of a very old book and we think you’ll love it. From One Thousand and One Nights to Sherlock Holmes to Stephen King’s The Green Mile and, of course, Dickens’s work, serialization of works of fiction has always been the very pragmatic and normal way of doing things. Only recently has it become a novel thing and no one does a better job than FiveChapters.

It’s simple: a story per week, each one told in five parts. Though David operates the whole thing on his own, the stories manage to be good every week, believe it or not.

And there is something so sweet and delicious about dragging out over five days a piece of fiction that would under normal circumstances take no more than an hour or two to finish.

Here, give it a try!

I am thinking of coining a new term.  Right here.  Right now.  I believe the reason we need this term is that too many novels I pick up to read turn out to be short stories in disguise.  This may not be an issue for some, but it is a serious one for me.

I love novels.  I love going in depth with the storyline, getting to know the characters and taking the long journey with them.  The point of a novel for me is the experience of getting lost, becoming so engaged that I hate putting the book down and then can’t wait to pick it up again.  Short stories are not novels, nor do I want short stories in my novels.  If I’m in the mood for a collection of short stories, that’s what I would pick up to read. But if I’m craving a novel, then I want it to be the traditional work that stays with the same group of characters throughout the story.  If I’m choosing a book off the shelf that is made up of short pieces, each one about a different set of characters linked mostly by the same font, then I want to be warned.  Hence the need for a new category, a new term. I suggest, Faux Novel.  If I’m browsing for a book and the cover identifies it as a Faux Novel then at least I know what I am getting and can make the decision to go with it or choose something else.

Examples of recent books that I would put in this category  are:

Olive Kitteridge by Elizabeth Strout, winner of the Pulitzer Prize.  I think Ms.

Strout is an engaging writer and I thoroughly enjoyed her Amy and Isabel a few years back.  However, Olive Kitteridge seems to me, especially in the first part of the book, primarily a series of short stories in which Olive might only be mentioned or perhaps not mentioned at all.  It’s not until the last few chapters that we begin to know Olive and follow her sad later life.  I realize it’s also the story of a small town, but that is not reason enough to care about the random unconnected characters in the first part of the novel.

The Imperfectionists by Tom Rachman, about a newspaper set in Rome, has loosely linked short stories about various characters under the umbrella of the newspaper, but only a few characters appear in more than one piece.  And although it’s well written, in my opinion it is not a novel, it is a Faux Novel.

Normal People Don’t Live Like This by Dylan Landis, is, like Olive Kitteridge, loosely centered on one character. A character who may or may not be central in the various “installments” that make up the “novel”. It’s a beautiful book, of course, but that is of no consequence when the form itself is thrown in your lap, with no warning.

I wonder if any of you share my frustration in finding the novel you just sat down with is really a collection of short stories, and do you have a better name for the genre than Faux Novel?

[Ed. It’s kind of like faux leather, in that it looks like one thing (leather, a novel) but it’s actually made up of various other things (synthetic stuff, short stories)?]

Updated: Shnovel is pretty good, too, Juli. Thanks.